Professor Lee Higgins is the Director of the International Centre of Community Music based at York St John University, UK. He has held previously positions at Boston University, USA, Liverpool Institute for Performing Arts, UK and the University of Limerick, Ireland. Lee has been a visiting professor at Ludwig Maximilian University, Munich, Germany and Westminster Choir College, Princeton, USA. He received his PhD from the Irish Academy of Music and Dance, Ireland and is the President of International Society of Music Education (2016-2018). As a community musician, he has worked across the education sector as well as within health settings, prison and probation service, youth and community, adult education, and arts organizations such as orchestras and dance. As a presenter and guest speaker, Lee has worked on four continents in university, school, and NGO settings. He is the senior editor for the International Journal of Community Music and was author of Community Music: In Theory and in Practice (2012, Oxford University Press), co-author of Engagement in Community Music (2017, Routledge) and co-editor of The Oxford Handbook of Community Music (2017). I am a community musician with over ten years’ experience in research, consulting on creative learning and community music and movement work.
After 10 years of working as a community musician in the Liverpool I moved to Germany and there I have worked with the Department of Arts Education of the City of Munich on developing a professional development program for community artists and for the Munich Philharmonic Orchestras’ education department on developing and leading their first community music program.
Since December 2016 I work as a lecturer at the department of music education for the Catholic University Eichstätt-Ingolstadt on the first MA in inclusive music education/community music in Germany. I have a BA Performing Arts/Community Music and a MSc in Arts and Cultural Management and I am currently working on my PhD in music education (Title: The development of community music in Munich: in theory and practice), and have received a PhD scholarship by the Bavarian State Ministry of Culture and Education. Contact: Aliciabanffy@me.com and http://aliciadebanffyhall.blogspot.de/ Dr. Susan Harrop-Allin is a lecturer in the Wits Schools of Arts and Education, where she studied for a master’s and PhD in music education and ethnomusicology, with a thesis entitled “Recruiting learner’s musical games as resources for South African arts and culture education, using a Multiliteracies approach”. Her research focuses on children’s multimodal musicking and its implications for music education. Publications comprise book chapters in Teaching, Learning and Musical Identities: Voices across Cultures (University of Indiana Press, 2011) and Multimodal approaches to research and pedagogy: Recognition, resources and access (Routledge, 2014); articles in SAMUS, Journal of the Musical Arts in Africa, Southern African Review of Education, Music Education Research and The Journal of Research in Music Education, plus five co-authored arts education textbooks (MacMillan). International conference papers were presented in Johannesburg, United States, Singapore, Canada, Greece, Brazil and Scotland. Susan introduced the first Community Music academic course in South Africa as a new field of music studies that integrates student service learning with critical inquiry into the relationship between musicking, culture and development. Her new research examines the relationships between community music, higher education community engagement and social development, in underdeveloped rural and urban areas in South Africa. Recent cross-disciplinary research and practice involves a Music in Hospitals project in two Johannesburg hospitals. Susan is on the editorial board of the International Journal of Community Music and is serves as a director on several arts development NGOs. As a professional musician, she holds a piano performer’s licentiate (ABRSM) and performs regularly as an accompanist, with Il Trio Rosso and The Chanticleer Singers, recently on a tour of Germany. Prof. Michele Biasutti PhD is an Associate professor at Padova University, where he conducts research in psychology of music and music education. Among his research topics there are the cognitive processes in composition and improvisation, on-line music learning and the education of music teachers. He is proposing an approach to music education based on the development of processes rather than products. He is scientific director of research projects, he is a member of the editorial board of journals such as Musicae Scientiae (Sage) and associate editor of Frontiers in Psychology and he has published articles in impact factor journals. He was the coordinator European projects and scientific director of the international conferences Psychology and Music Education (PME04) and Training Music Teachers (TMT07). Born in Novellara (Italy) 10/11/1966, he started veryyoung to study classic theory, clarinet and piano. He studied percussion with Mauro Magnani, Mauro Gherardi, Peter Erskine, Steve Smith and Gavin Harrison following Jazz workshops with Tomaso Lama and Ivano Borgazzi. He is specialzed in Body Percussionfollowing Keith Terry’s classes, one of the major soloistin this discipline, and improving his preparation with Ignazio Bellini from the English company Stomp and improving his teaching method with Ciro Paduanofounder of OSI ( orff-schulwerk, musical teachingmethod). He’s been teaching for more than 25 years asprofessor of percussion and body percussion at the DrumProfessional School” of which he is also the director. He’s professor at the “La banda dei tamburi in Novellara (Reggio EMILIA). He’s the author of the Drum and percussion “7 Maestri del ritmo- from the drums to the Berimbau and from the Djembè to the Congas”publishedand distributed by BMG Ricordi. Previously he published “Educazione dell’orecchio alla musica, al ritmo e al tempo” published by the prestigious magazine “Percissioni” n°114 in January 2001. Then we havemore pubblications and recordings, the most important; REMUS ( study and resource on musical formation). Documentation on the 1° Meeting – Concert, monitoringof the activities on musical training and educationReggio Emilia 28-29-30 April 2004, Morlacchi Editor, by Antonella Coppi. He recorded “Tributo ad Augusto” produced by Beppe Carletti from I Nomadi and Fabio Debbi CD of the homonymous singwriter. He isendorser for the prestigious companies: Ufip, Varus,Lantec all in all drumbags. Together with teaching activity there’s also a concertactivity in Italy and abroad. He’s been invited to manyTV prog ramme, “Piacere Rai 1” and “Mezzogiorno in Famiglia”. There are also several importantcollaborations: 7 maestri del ritmo, Henghel Gualdi, Yuval Avital, Red Funky Five, Swing big band, Carmina Regiensia, C&S Jazz quintet, jazz-tet, alter-ego, travelinband, music box, percussion street band, explosionpercussion dance, d.p.s. band. Creator and artisticdirector of the “Festival del Ritmo”, International contest for drummers that wants to point out new Italian talents. With stage and seminars all over Italy. He is also creator and artistic director of the musical event, Percussions, Theatre and Dance “Emozioni”. 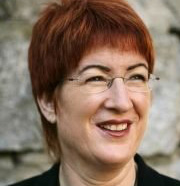 Ana Čorić is an assistant at the Music Education Department, Academy of Music, University of Zagreb, where she graduated in 2012., after finishing her bachelor studies in Music Department of Juraj Dobrila University of Pula. Now she is a PhD student in Education at Faculty of Humanities and Social Sciences, University of Zagreb. Her special artistic and educational interests and fields of research are artistic citizenship, citizenship education, professional identity, university civic (third) mission, group music activities and interdisciplinary approach in music education. She is an artistic leader and a singer in female vocal ensemble Čipkice which promotes intercultural dialogue through traditional music from all over the world.

“How do we make music together? An exploration of creative music making processes through PhD research”

“More Music as cultural leadership: Exploring the implications of status on collaboration in West End Morecambe”